This post explores how we plan who works on which team on GOV.UK, and how that process has evolved throughout 2017-2018.

At the beginning of 2017, there were 168 people on GOV.UK split into 24 teams. GOV.UK was one of 6 programmes in GDS’s portfolio. Moves happened constantly and at any time, both between teams on the same programme and between programmes. These were handled on a case by case basis, when a need was identified by the programme.

If we couldn’t fill vacancies internally, we would make a business case to recruit externally.

The quarterly cadence of our 2017-2018 roadmap enabled us to plan with more flexibility and clearly communicate mission work, which gave people the opportunity to say where they had relevant skills and interests.

We started with a draft ‘people plan’, mapping our headcount and skill profile against the missions we planned to run. Doing this each quarter helps us validate that we have enough people to do all the things we want to. The roadmap and team selection process were presented to everyone at an all staff meeting.

Afterwards, we sent out a survey asking staff what teams they would be interested in working on or had any relevant experience in. Drop in sessions were arranged for people to find out more from the management team. The programme team (the senior leadership team) then reviewed all the respondents’ preferences and comments, often meeting with individuals to discuss their preferences and development opportunities. 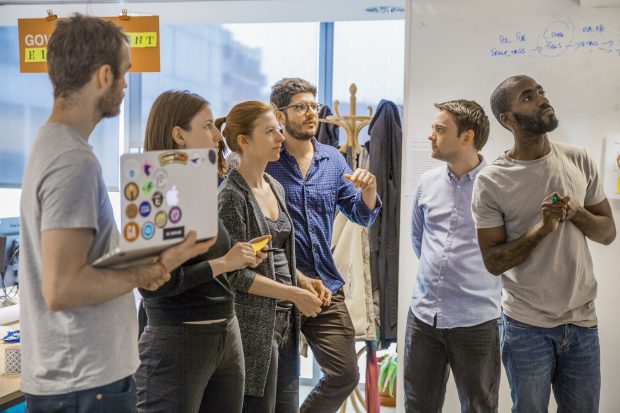 The people plan was created by the lead delivery manager in collaboration with the programme team, then shared with team leads 2 days early so that issues could be ironed out before the teams were announced. Teams were announced in March, and started working together at the beginning the new financial year in April.

GOV.UK has run this 4 times now – in March, June, September and December. And we’ve iterated the process each time.

What we learnt and changed

How management chooses which person is on which team.

There’s lots of factors to take into account when deciding teams. Here are the key factors we consider in rough priority order:

With 170 people across 15-20 teams, GOV.UK is a relatively large programme. As a management team we’ve found it difficult to effectively manage at this scale and teams have struggled with having to escalate requests for extra support. 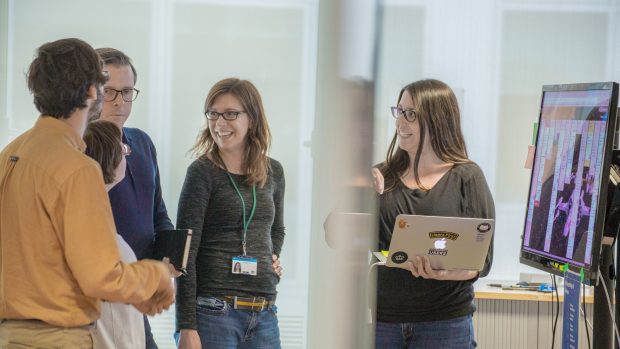 We started the year with 6 objectives and 24 teams. Each objective contained 3-5 related missions on which the teams would work. To counteract the issues presented by scaling, we allowed more decisions to be made at the objective level. Most people are assigned to teams, but some people including the senior product manager, senior delivery manager, tech lead and part time team members work across the objective so that they can help out on each mission as needed. We’ve set the expectation that there will need to be some self-organisation within objectives, and that whilst everyone’s main focus is their mission, people may be required to help out elsewhere in their objective from time to time.

This change has helped teams to become more adaptable and allowed movement of people within teams on the same objective to become more fluid. In our new empowered objective structure we are finding it much easier to coordinate our work than we were before and we think this is because of group size – it’s easier for people to cooperate in a group of 45 than it was with a group of 170. This matches what we know about human psychology. Evolutionary psychologist Robin Dunbar found that most people can only maintain stable relationships with 150 people. This indicates that work teams should become less effective as they start approaching that number. Organisations like Spotify have come to similar conclusions – Spotify’s tribes (similar to our objectives) rarely exceed 100 people. We believe that allowing an element of self-organisation and fluidity in team allocation will lead to better decisions.

In a perfect world, team members are dedicated 100% to their team. However, we don’t have those types of budgets in government and roles such as design and performance analysis have to be shared between teams. Even if we did have the budget, not all teams require full time people from every discipline.

When we first started the new roadmap with our new teams, many people were split across multiple teams. When assigning people to teams, we didn’t map part time people to teams in a joined up way. One team included team members who were across a total of 6 other teams, which made simple things like scheduling planning sessions almost impossible! We also found that part time team members were swamped with meetings as they tried to attend all their teams’ agile ceremonies. We have found a number of ways to minimise this issue:

With 15-20 teams operating at any one time, many people felt that they didn’t know enough to make an informed choice about where they would like to work. I received an increasing amount of anxious messages as the survey deadline approached. To combat this, we’ve tried to provide more information about the missions, sharing summaries for each proposed team and being clear about the roles we think each will require.

However, for a programme of our size and complexity, we’ve accepted that it’s unrealistic for everyone to know about everything. So we now encourage people to use the survey to tell us about the type of thing they’d like to work on or the direction in which they’d like to take their career. This allows us to identify good opportunities without them suffering from the paradox of choice. There’s now less pressure on people to make choices, but the option remains for those who want to.

Pausing or stopping work on a mission

Several times, we’ve decided to pause or stop work on a problem so that we can focus our effort on a higher priority. We are constantly learning on GOV.UK. Our strategy is evolving and priorities are changing. Becoming more responsive to change was one of the big reasons for moving to our new quarterly roadmap model, and we’ve set the expectation with all teams that their work could end after 3 months.

Sometimes it makes sense to change direction even when the team concerned would rather carry on. Team members can get very disappointed when it’s their workstream that is coming to an end. It can be a big blow to confidence and morale. For those affected by change, it is important for managers to make sure to give them extra attention when teams are selected to ensure that they know they’re valued and that they have a good understanding of the opportunities available for them on GOV.UK or elsewhere in GDS.

When we first ran the survey we asked people:

Over the year, the survey has evolved to ask some extra questions relating to:

Advantages of our team selection model 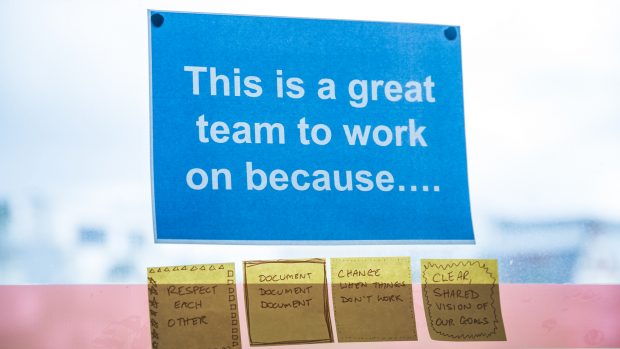 The programme team are more aware of the preferences and ambitions of our people. Listening to people helps us make better decisions for them and for the programme.

More development opportunities. More people are moving within GOV.UK and GDS. This helps us share best practice throughout the organisation and give people opportunities to try new things.

Team stability. As most moves happen every 3 months (instead of all year round), teams are protected from interruption for 3 months at a time. Although people can join and leave the organisation at any time and some urgent moves still happen throughout the year, the greater stability helps teams to become more productive.

Defined breakpoints. You can’t always be sprinting. The breakpoints every 3 months give us the space to take a break and reflect on what we’ve learnt, generate new ideas and have a breather. It also offers a regular opportunity to reform teams to help them become more functional.

It’s time consuming. Sharing information with teams, running the survey and selecting new teams takes a lot of time. But we’ve got better at it the more we’ve done it (most recently, it took us 6 days to go from announcing the next quarter’s roadmap to having confirmed teams for the next quarter).

Change can be disruptive. When we first started asking for team preferences in February, it was a revolutionary change for GOV.UK as we’d never done it before and the roadmap was new. Since then, we’ve kept the number of moves relatively low – around 20% of people move every 3 months. It’s important that management teams do not underestimate the cost of change, and avoid chopping and changing unless the benefits of doing so significantly outweigh the costs.

It causes anxiety. For many people, change is stressful. Calling out the possibility of their work changing every 3 months makes them anxious. Before change could happen at any time and was unpredictable, and it was not noticed or anticipated as much. Now that we are concentrating the change in short bursts every 3 months people have become more aware of it. As it’s become clear that most teams are given a lot of stability quarter to quarter this has become less of an issue, but it remains one of my biggest concerns around this team selection model.

On balance, this model is working well for us on GOV.UK and we plan to continue using and iterating it in 2018. More programmes in GDS are starting to adopt this approach, and lead delivery managers will begin coordinating the team selection process across the organisation.

This blog post was originally published on Inside GOV.UK